I knew my journey could impact others.

When Jake was 8 months old, he was diagnosed with a rare form of eye cancer, retinoblastoma. The disease claimed his left eye before the tender age of one and in November 2009 Jake lost his right eye after battling cancer for 12 years. Jake wrote a book when he was 8 years old to uplift and encourage other children who were battling cancer and other diseases. Jake has shared his book and faith with countless others, including both adults and children that have been touched by his story. Jake has also just published his second book, "Open Your Eyes", which was released in January 2014.

Jake is also a life-long University of Southern California football fan. He had the opportunity to meet the entire coaching staff and the team as well as spend precious moments with the team leading up to his surgery and the weeks that followed. Meeting Coach Carroll and the team was a special experience for both Jake and the Trojans. These relationships assisted Jake beyond measure during some of his most trying times and some of these relationships have grown into special friendships - especially with Coach Carroll.

With Jake's recent fame, he has had the opportunity to share his book and speak about his experiences and faith in front of corporations, schools, service organizations and congregations. Jake played football and golf in high school and was on the USC football team as one of the long snappers. During USC's game against Western Michigan on September 2nd, 2017, Jake made history as the first one hundred percent blind player to snap in a college football game. Jake loves to help and serve others. Jake is not afraid to challenge himself or challenge others and has personally raised his expectations for his own life. Jake's faith and attitude have been an inspiration to others and his belief in making the most out of life continues to motivate those around him.

Jake can be followed at OpenYourEyes.org. 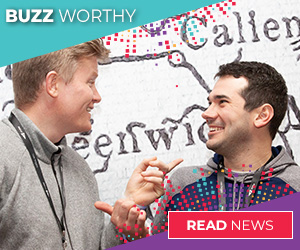